The real challenge is being a manager and work with the DevOps logic - Interview with Massimo Fatato, Red Hat EMEA ICT Vice President 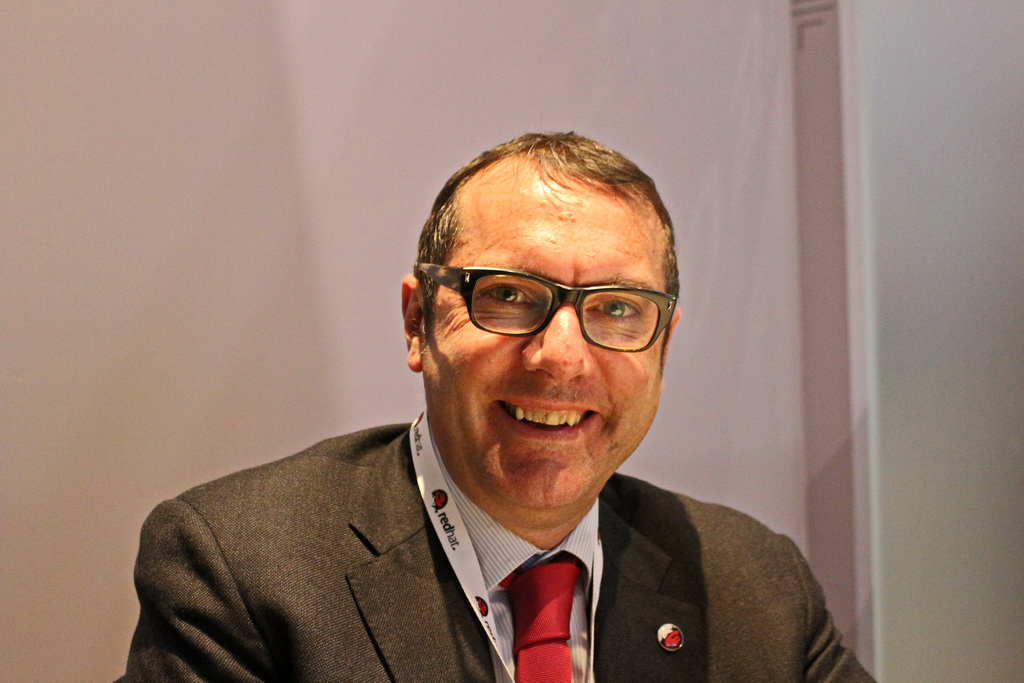 Massimo has been with Red Hat since a few months ago after being with another big player, HPE.
Ciao Massimo, how have been these first months in a new company?

Well, my choice of going to Red Hat is the result of a careful pondering and one of the elements that positively influenced my decision has been reading of the book “The Open Organization” by Jim Whitehurst, Red Hat CEO. In particular I’m feeling close to the continuous improvement that Jim advocates. Being always ready to change the way of working with the goal of continuous improvement is really fundamental.

Just a handful of months with Red Hat and you already face and important challenge, a revolution for the “telecom” world.

Sure, the reason why Red Hat is here at MWC is the transformation of the Telco world, the introduction of NFV architectures in a sector so much structured and still is a historic turning point. It suffices to say that cables are 30% of the capex of a Telco. Now Telcos must face this transformation if they want to remain on the crest of the wave. There are 3 phases: infrastructure transformation, application transformation and the completion with the end to end service management. This changing will be mostly cultural, also considering the actual and future roles of CTOs and CIOs.

And what will the challenges be from a management standpoint?

Red Hat is a company that is built on top of a mentality that we might define as DevOps. My challenge will be being a manager with such logic in a different cultural environment that has continuous improvement as its point of strength.

An approach that will put security in the centre of the discussion, especially when dealing with environments where the perils of IT security haven’t been considered up to now, just like the very infrastructures of Telcos.

Yes, in this case too it’s a different cultural approach. Security is important in telecommunications but it will become something different from now: Telcos will have a different awareness and I think that Red Hat can have an important role in helping Telcos to understand how an Enterprise IT environment has to be managed.